I’m extremely grateful for the position I’m in at the end of 2016.

If you’ve read this blog for a while, you’ll know I’ve worked hard over the last few years to prioritise my health – both mental and physical. That decision really has meant a new way of life for me, and the transition has been very tough at times. I’ve struggled on a daily basis with self-doubt for several years, unsure of how to proceed on this unpredictable new path I’d embarked on – particularly once I became self-employed in 2012.

But the commitment has definitely been worth it, and once I asked for help and showed the willingness to make real changes, I’ve been provided with the support I needed to make it work. Giving up alcohol (again), plus regular therapy, meditation and yoga have helped immeasurably, as has the support of my wife, family, and good friends old and new.

Through striving to overcome some life-long struggles, I’ve found a new faith – something I can build a more worthwhile life on. And that’s what this year has been all about – laying stronger foundations for the future. Here are a few highlights: 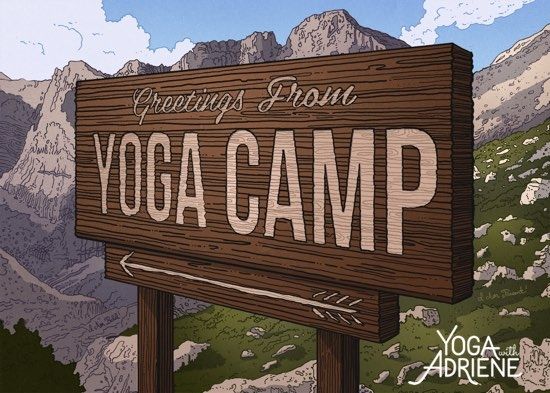 In January I completed Yoga with Adriene’s 30 day Yoga Camp challenge. It was brilliant! As I’m a member of her Find What Feels Good kula, there was a great feeling of community during the entire month, and I even compiled an unofficial Spotify playlist which got the thumbs up from Adriene herself.

Then, just after I completed Day 30 and was feeling particularly pleased with myself, I was given a lovely surprise present by my lovely wife Mel – my first yoga mat of my own. No turning back now!

The Art of Money 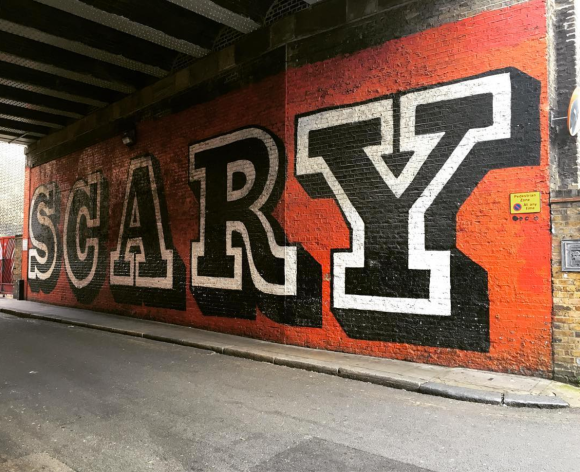 One area where things weren’t going so well for me in January was money. Despite increasing my earnings in 2015, it was still an area of stress and fear, and I had a tendency to ignore my finances and hope any issues would magically go away.

To address the deeper issues behind these fears, In February I signed up to Bari Tessler’s Art of Money course. And what a brilliant course it is, spanning a whole year of powerful material and support (yes there is a significant cost involved, and yes it was worth it). I was soon tracking my income and outgoings using YNAB and working out a sensible plan to pay off debts.

Back to a Day Job

In March I finished up a part-time copywriting contract that I’d started in August 2015. At the same time I also finished up the projects I was doing for my other clients – because I applied for, and was offered a full-time job.

In April I started as Content Writer at a marketing agency called Brightsource, which is part of a bigger company called Cello Signal. I’m extremely grateful for the opportunity to do this job – it’s proving to be a great training ground. I’ve been able to hone my writing skills, and learn tons about marketing and business. The best thing is that there are so many smart and talented people across the company who I can collaborate with and learn from. And it’s involved quite a bit of travel, including to Brightsource’s head office in Cheltenham and to London for the National Fundraising Convention in July.

Other highlights of the year have been Mel and I celebrating our fifth wedding anniversary by revisiting Inchcolm Island where we tied the knot, a small yoga meetup in Edinburgh in June, some great gigs and get togethers with friends and family, and our trip to Berlin in October where we had the opportunity to attend one of Adriene’s yoga classes IRL and meet her in person.

& Not So Good Times

There have been some downsides to the year. Losing my younger cousin to cancer was my personal low point of 2016. And worrying events in the wider world have been both difficult to accept and extremely distracting at times (I’ve deleted social media apps off my phone more than once). Also, like most people, I’m sad that such legends as Bowie, Prince, Muhammad Ali, Leonard Cohen, Gene Wilder, Gary Shandling, George Michael and Carrie Fisher left us during the last twelve months (to name but a few).

Getting used to working full-time has made maintaining my daily yoga and meditation practice trickier, and with the exception of the photos and videos I’ve posted on Instagram (a selection of which are included here), I haven’t been able to devote any time to my own creative projects, including this blog.

But I’m very grateful, all the same, to be here, now – and live to see another year. I hope that things have gone well for you overall in 2016 too. I’d love it if you shared how you’ve got on in the comments.

And let’s make 2017 as good as it can be, by being the best we can be, to ourselves and each other.

Lovely recap of your year, Milo! I hope 2017 is a good one for you. I’m sorry about you losing your cousin to cancer. This past year was a mixed year for me too. But I’m looking forward seeing what 2017 has to offer and to kicking off the new year with Yoga REVOLUTION!!

Happy New Year, Milo! It’s been a good year for me. I’ve been getting more and more rooted in KL. I found my home there and I’m so happy to have done so. I wish I’d written more, but I have a good life, amazing friends and interesting projects, so I don’t have any complaints really (apart from borders and capitalism, but what’s new). I wish you all the best for 2017, and if you’re ever in the neighbourhood you’d better stop by!

Really enjoyed that Milo. You seem to be in a good place. My 2016 was very enjoyable overall. I enjoyed our catch up prior to you beginning your new job. I joined the gym and have managed to keep a regular routine over the last 6 months. I took up running, enjoying weekly parkrun’s with the Edinburgh Half Marathon signed up for in May. I’m enjoying my job with the opportunities to learn really appealing to me. I’m hoping to learn about content marketing in 2017 and be more adventurous including blogs, probably twice a month to begin with. Have a great 2017 mate and my best to Mel also.

Awesome, Milo. Great to hear from you and read the update. I didn’t know one could wrap a yoga mat btw – skills! I’ve had a pretty good year in 2016 with fun trips, hitting writing goals, publishing or completing 4 ebooks nearing publication, getting half way through coaching training and developing a stronger meditation practice with the help of a coach. Also been enjoying my time on Instagram and following you over there. I’m trying to think up of what Spotify playlist you can put together for me 🙂 Best new years wishes to you and Mel!

Dear Milo, seems you are set up for a good time to come. Everything I’ve read in this post is totaly inspiring. Especially the money aspect is something I want to get my hands on this year to come.

Overall I had a fantastic 2016. From a personal perspective, a romantic perspective and a professional perspective. I succesfully finished my therapy with a mind-blowing family constellation in November, I found back to my better self which totaly enhanced my marriage (14 years and counting). And my small agency finaly took of ground with some great new clients and two new employees. (Yes, the freelancing plan failed – but in a very way. 😉

Hope to speak to you soon again somewhere, somehow. If you are in Germany next time please let me know. I’ll be in the UK in Spring (Cornwall), September (London) and October (North Wales). If you happen to be around these places at those times maybe we can meet personally. Let me know.