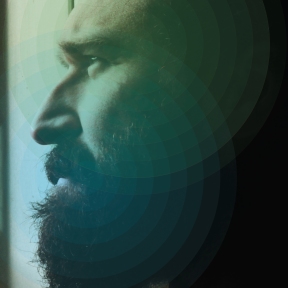 Last weekend I spoke to Ziggy Campbell, frontman of acclaimed Edinburgh band FOUND, during a wedding in the grounds of Edinburgh Zoo.

After a failed attempt to noise up the monkeys we thought we’d record a wee interview instead as a special treat for you.

The ‘nitty-gritty specifics’ we cover during our conversation include:

Ziggy also gave me a wee preview of the new EP and it’s cracking  – if you like FOUND you’ll love it. My favourite track is the epic krautpop closing track Hit The Kiss Button.

Only A City Apart is the debut EP from Lomond Campbell and marks the first music to come out of the FOUND collective since their acclaimed 2011 album factorycraft. It’s being released on the 19th July 2013 on coloured vinyl, limited to 250 copies.

The EP features a guest vocal from fellow Fence Collective member The Pictish Trail. The record will serve as a taster of the forthcoming collaborative album with River of Slime, which is due to come out on Chemikal Underground later in 2013.

The 12” EP will be given away for free at a “secret” house concert in Edinburgh on 20th July 2013. To reserve a space email 42music42@musician.org. All who attend the concert will also be treated to a dram of whisky decanted personally by Lomond and River of Slime.

The remaining copies will be available from Chemikal Underground & Fence Records online shops and in various independent record stores throughout the UK. A digital copy will be available to download from Lomond’s Bandcamp page.