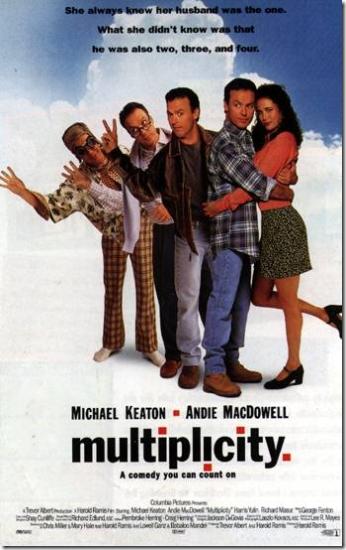 Feeling overwhelmed? Far too much to do? Feel like it will take you four lifetimes to get everything ticked off your to-do list?

You might enjoy taking advantage of our new self-replication service:

Immediately make more of your life, double your productivity, and free yourself up for more fun activities.

We currently have a special deal – 3 new yous for the price of 2, if you sign your life away on the dot today!**

splitting up today’s tasks with clone no.2 #mulitiplicity #productivity vine.co/v/b1a9HrlIM1U

The clones are ganging up against me now. #revengeoftheclones vine.co/v/b1Whr3mhuYY

//platform.twitter.com/widgets.js
*Either that or spend the best part of day dicking about with Twitter’s latest iPhone app

**We cannot take responsibility for flawed copies, duplicated lazy-assedness, or any other unexpected consequences of having multiple versions of yourself roaming the earth.

(see also – the appeal of apps that turn us into artists).

Enjoyed these, Milo! Surprising how much you can cram into six seconds.

As I said at the time, ‘Flash Gordon’ would have been a very different movie in Vine.

“Flash! Flash, I love you! But we only have 4 seconds to save the Earth!”

The time limit is indeed merciless, if not minging.

http://galadarling.com/article/vine
Oh shut up – yes it’s got shoes and sparkly things BUT interesting POV on not feeling overwhelmed/spreading yourself too thin re social media

Hey – I’m all for radical self love!

They seem to have sorted the volume thing out. I agree it’s easy to spread yourself too thin but at the same time I have always benefited from experimenting with new media so will continue to do so!